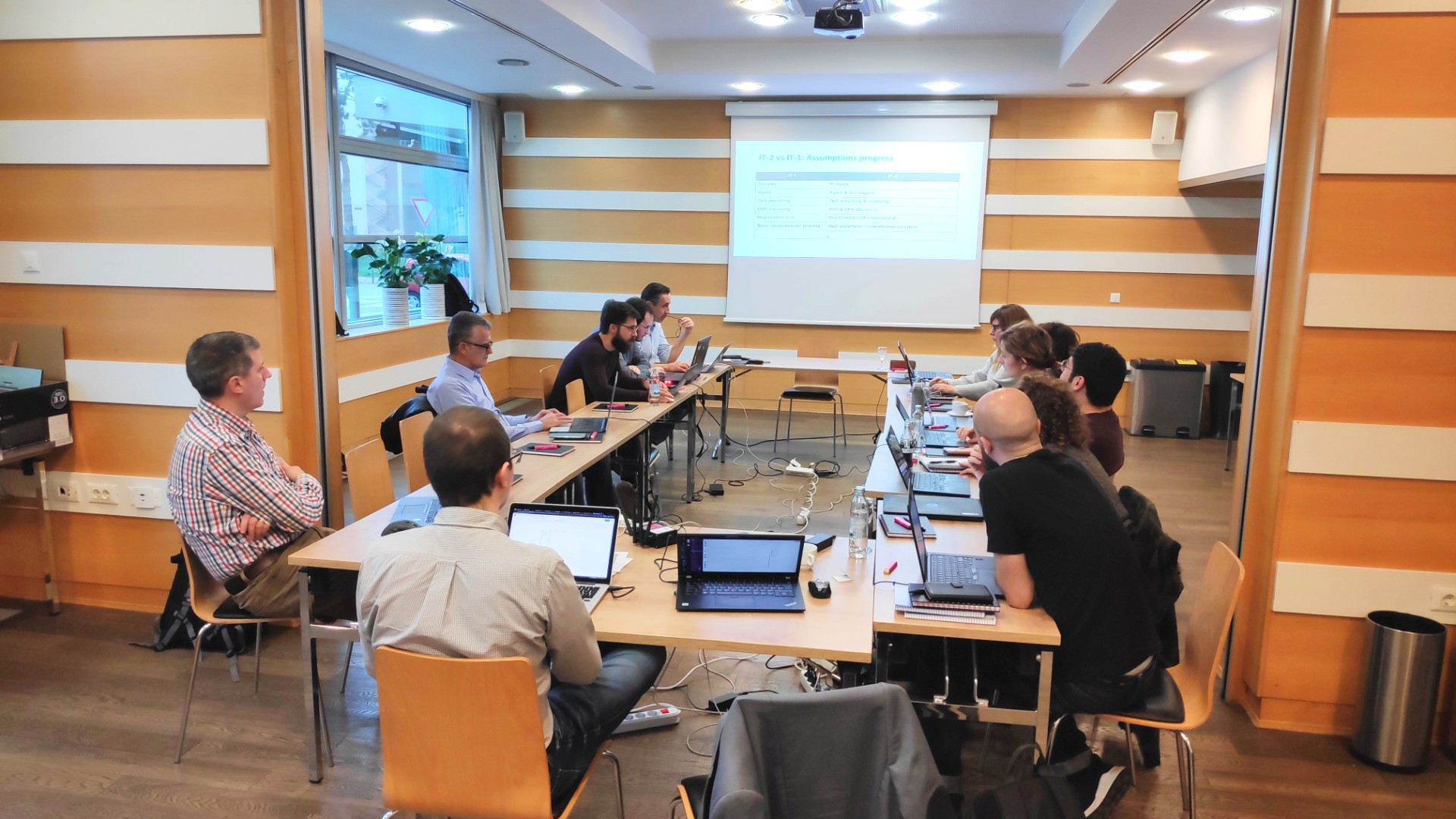 mF2C has had its tenth general Review Meeting in Ljubljana, on 10-11 December 2019. The meeting has been hosted by XLAB and chaired by UPC and ATOS.

The objective has been to start preparing the final Review Meeting to be held in Brussels on 31 January 2020.

Ana started the meeting presenting a draft of the agenda for the final review, and listed the P1 Review recommendations with the response done in the second period.

Then Xavi started describing the mF2C P2 Approach, that includes the main novelties and achievements, and sharing a draft of the presentation.

After Admela presented her proposal for the Iteration 2 Architecture, with care at highlighting the correlation between the high level architecture and technical details described in deliverables of WP3 and WP4.

In the afternoon Alejandro, Xavi and Ana went in more details on the mF2C Iteration 2 Implementation and the mF2C Standalone demo, recapping the sequence of demos that would result as more impacting, in this session Roman made a remote demostration related to the mF2C installation on the ATOS Edge Server.

Then Cris presented the micro-agent (SIXSQ) installation demo with all available features, and later made a recap on the Iteration 2 Integration work, key measures and pending issues.

After that Denis, Matic & Antonio presented the draft presentation of their use case with slide and demo.

The second day started with Ana that recapped all Standalone Demo and Use cases demos open Issues, listing the required actions to be performed.

Lara followed presenting the draft slides for the Exploitation activities, in particular the full list of exploitable assets, the joint exploitation plan, mF2C positioning in the market, the comparison of mF2C with similar products in the market and so on.

Then Cris made a demo on the use of the Dashboard in order to present the creation, launch, management and termination of services with the mF2C infrastructure.

Finally Ana discussed the status of M36 Deliverables under preparation and review, and went into details on what needs to be completed for Final reporting.

Ana and Xavi concluded the meeting describing the next steps for final demonstrations and coming actions for december, and rehersal checks to be done in January.

Project is going to reach its end, we are putting our main effort to complete with the best possible impact, looking forward to go to Brussels at the end of January for the Final Stage!