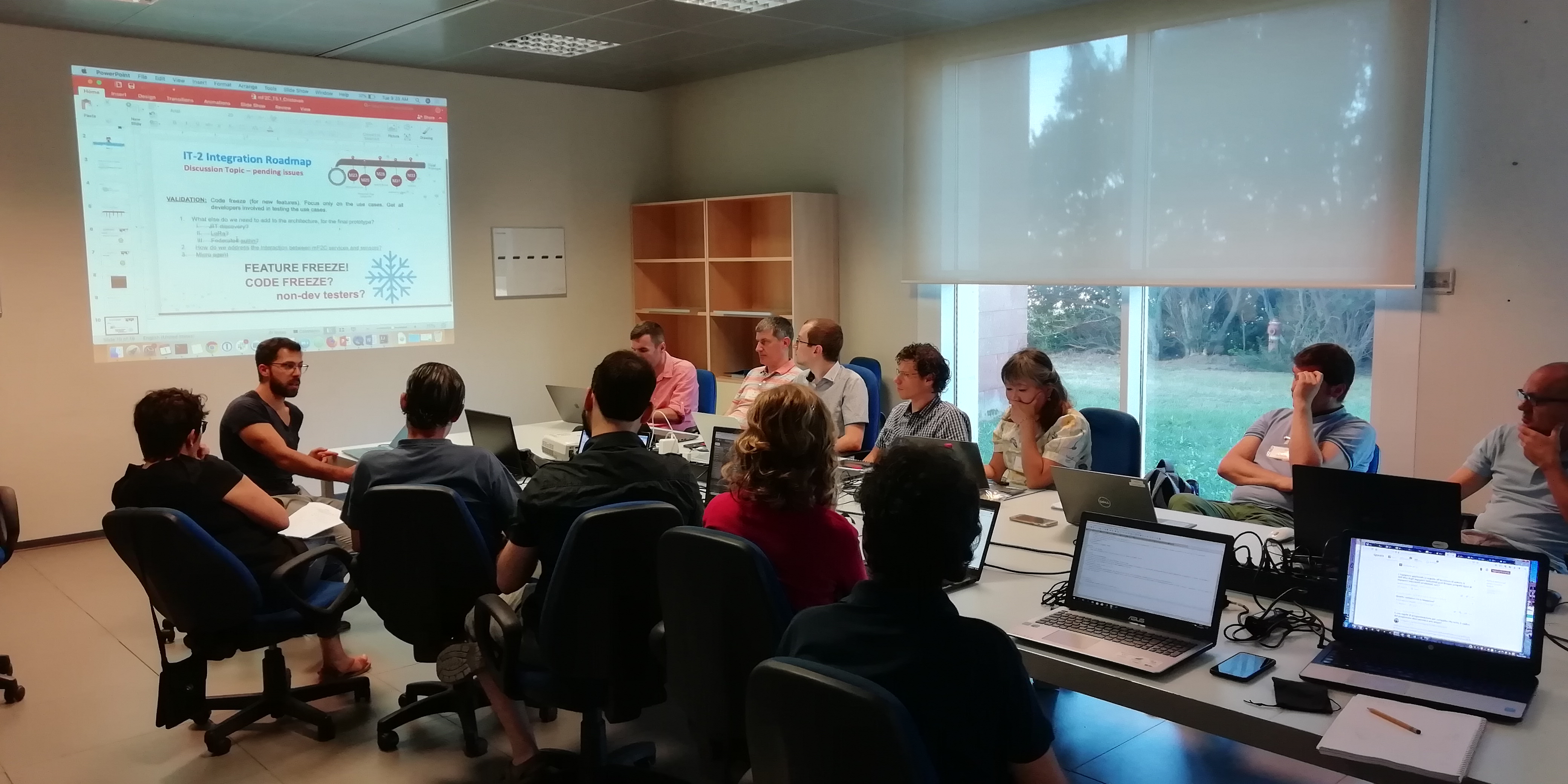 mF2C has had its nineth general review meeting in Cagliari, on September 30th-October 2nd 2019. The meeting has been held in the Tiscali Campus, organized by Engineering Sardegna, chaired by UPC and ATOS.

The objective was to finalize all activities to be done, to approach the final review in the best possible way. First of all Xavi checked the current status in the development of the mF2C agent, and for each component which are the pending actions (if any), how this component is going to be tested, how it will be demonstrated in the final review.  According to what assessed the action plan has been updated.

After that Denis, Matic & Antonio described each Use Case in terms of

The second day has been spent on the Integration Status & List of Features for use cases,  presenting a live demo of deployment of the agent and microagent, with pending issues.

Then an hands-on session followed trying to fix some issues, clarifying what needs to be completed, to finalise integrations & joint test. So Cris defined a calendar of actions, defining the deadline for the code-freeze, extensive testing and integration.

After that Denis updated on the Use cases in terms of what is expected to be demonstrated, expected benefits coming from mF2C and that could be exploited in the Use Cases, how to show relations between use cases and mf2c components, defined technical KPIs and how they will be measured and shown.

Then Antonio presented the current status of the Dissemination and Standardization activities, showing that all KPIs have been reached, and what are the actions to be performed until the end of the project for:

At the end a list of actions have been shared , assigned with a calendar for execution.

Ana followed presenting the Exploitation activities, in particular the joint exploitation plan, while each of the partners updated on their plan, in terms of

Each partner gave a concrete exploitation routes for mF2C,  Use Cases and all exploitable assets.

In the final day Ana recapped the requested Actions for the final Review, and followup on EAB recommendations.

Then each assigned editor presented the final deliverables due for M36, describing ToC, Calendar and expected contribution by the various partners.

Finally Xavi concluded the meeting with a technical action wrap-up, and a detailed workplan until end of december.

Next Meeting will be hosted by XLAB in Slovenia next december!