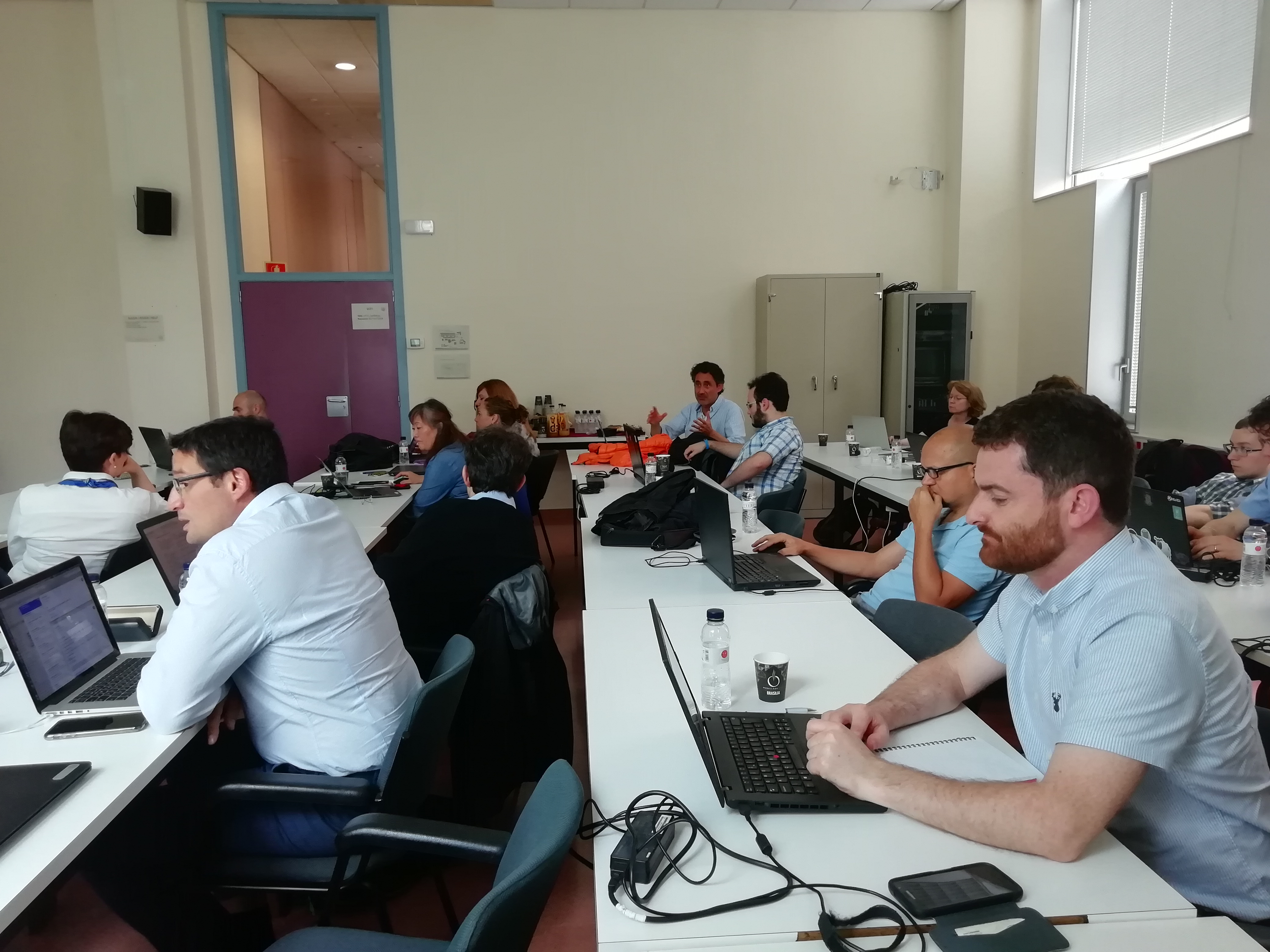 After the EAB days, mF2C had its eighth general review meeting in Barcelona, on May 9-10th 2019. The meeting was in UPC premises, organized by BSC, chaired by UPC and ATOS.

The objective was to check the status in the development of the mF2C agent, WP3 & WP4 new functionalities development and list of actions, with a technical discussion in Working groups. According to what assessed the action plan has been updated.

More care has been spent in the steps toward integration and need to agree on a common methodology, for this Cris on friday morning had a speech on GUI decisions for development, developer dependencies awareness and needs for integration test building.

Use Cases focused on next step toward implementation, dependancies from mF2C modules, and a session has been spent to define expected benefits coming from mF2C and that could be exploited in the Use Cases, technical KPIs.

Then Antonio presented the status of WP6 on Exploitation, Dissemination and Standardization and plans for the coming months.

Xavi Masip and Anna Queralt made a recap on next five deliverables to be produced in coming months, finally Ana presented the Project Management & WP1 Actions  and started the EAB feedback analysis and worked on comments progression.

Next Meeting will be hosted by Engineering in Sardinia next september!